… but the re-released “gel” format of the product takes it a step further with significantly improved projection, hits, and overall “potency”…

Originally, I was just going to add in a small section to cover the effects that Nude Alpha GEL (NAG) has, vs the original oil version.

However, since I’ve tested the product, I felt that it was going to be too much for an already in-depth review.

… besides, I also feel the NAG deserves its own article.

Because even though the formula is the same, it seems to behave quite differently from the original NA.

If you aren’t already familiar with the product, I highly recommend you read through the full review to get an idea of how it works. 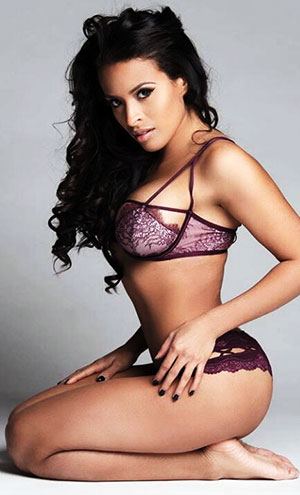 So you’re probably itching to know, what’s the difference between the original and the gel version of the product?

… and what’s the difference between the NA series and other “romantic” love potion type scents?

As I mentioned above, the all new gel version of the product seems to behave completely different from the original (even though the pheromones and ratios are the same)…

… and while the ingredients are the same, it seems that Garry’s new “gel” format is really helping to amp up the effects of the original Nude Alpha formula.

It’s still the same powerhouse romantic attraction product most of us have come to love… except way better.

I got this product about 6 months back, and have been using it on/off for a good while.

I’ve also had a few new women come into my life over the past few months, one of whom I have actually developed a deep affection for.

(Also partially the reason why I haven’t had much time to work on the site the last few months, and why this review took so long).

I’ll talk more about the self effects in the summary, but here’s what happened…

It’s actually a pretty funny story, but its how I became familiar with some of the effects of NAG.

With this particular target, I met her a little while back at my dance studio where I train.

We became acquainted immediately, and she was very attractive – brown skinned, curly hair, deep brown eyes… an accent that sounds so magnetic. Any guys ideal woman!

To cut a long story short, she seemingly started to appear everywhere I went… at a supermarket, at the same night spot I go to (where she was already acquainted with my friends), to “feeling” she might be somewhere and she just happens to show up… unbelievable, yes, but truly spooky coincidences.

Especially because they all happened within days of eachother.

I’m not extremely spiritual, nor do I believe in superstition and things of that nature (a skeptic at heart)… but it actually got to the point where I began to think about whether it was a sign from the big man upstairs to reach out to her, because she might be important in my life.

And I did – that’s when things started to get very interesting as I began my testing of NAG on her.

Don’t get me wrong. I am attracted to her, although shes not physically as attractive as other women I’ve been with… but for some reason, I felt a “pull” with her that I haven’t felt with many people before.

It’s almost like my inner senses are telling me that she is special.

Nevertheless, our relationship has blossomed into quite a beautiful friendship/romance, and we are on the same page, spiritually and emotionally.

It’s hard to describe, but if there was such thing as a “soul mate”, I imagine this is what it would feel like.

… however, I have refrained from getting emotionally attached as much as I can, because I know she will be moving home (half way across the world) in less than 2 months.

We’ve been intimate already… we’ve also talked about keeping it real, and how being in a relationship would be extremely difficult.

But its an offer neither of us have said yes or no to.

Anyway, enough about that – let’s talk about the Nude Alpha GEL effects on her.

Even from the first exposure, everything about the original NA effects became so much more obvious, and much faster than I was expecting.

… Prolonged eye contact, scanning my face, long periods of time not saying anything, but feeling extremely comfortable in my presence.

Within about a 30 minute conversation, we had already discussed burning her passport, forging a new identity, and buying new ID’s off the deep web…

We also talked about relationship stuff like we were long lost friends.

I could feel that she was developing a deep attachment to me… but at the same time, I also felt the same way.

Could it be “reverse imprinting”?

Was I developing the same type of interest in her as she was in me?

Needless to say, the very well known “clingy” and jealousy effects manifested very soon after, something that can take a lot of time to accomplish.

Its hard to tell with just one target, so as a pheromone tester I was obligated to hit up other women too…

The same sorts of things happened, although I haven’t really met anyone I connected with on the same level without the pheromones…

Just attractive women that I would game as usual based off IOI’s.

In these cases, I still noticed women were reacting in similar ways.

Lots of eye contact (and in a “dreamy” kind of way, comfort, deeper conversations, that underlying sexual tension…

This would happen with the original formula too, however things progress MUCH faster with the gel, and more overtly.

I can see effects immediately, and the “build up” that can take hours of exposure (with the original formula) happening within the first hour or so…

… the part where you get to a certain level of rapport, and can talk about stuff in a back and forth, in an “old married couple” kind of way (with the playful bickering).

So far, I have found that all the deep imprinting elements are there, but its a LOT more “rounded out” into an overall product.

Some people may find the original NA a little “serious” sometimes, and often difficult to hook in younger women.

However, with the gel I found more women were open to having conversation, would open me regularly, and would even go out of their way to stay in contact, even after brief exposures… including younger women. 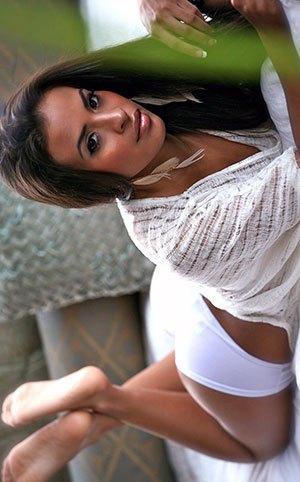 All in all, I think NA GEL is a HUGE improvement over the original… but it does have a few downsides.

The original NA formula is a fantastic overall product, because it also covers the “awe” and slight intimidation factor to other men…

However, with NAG, I found men were a little less respectful towards me.

For the people who use this as an “alpha” mix for professional work situations, the gel might be somewhat inappropriate.

Because NAG seems to get more “social respect”, rather than “alpha respect”, if that makes sense…

In other words, people like you because they feel you are relatable, easy to talk to, charismatic… not because you are a “high ranking person” who’s out of their league.

They may see you as someone who is “up there”, but cool enough to be social with.

This is a GOOD thing when it comes to women – especially younger women, who find the social respect element less intimidating, but more inviting (which makes the product easier to steer in a romantic direction).

Anyway, I’ve rambled on for a bit now, so without further ado… 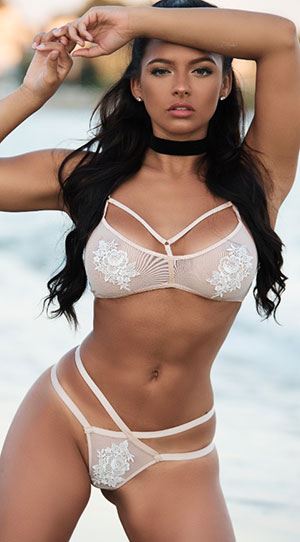 The gel NA and AV products came as a bit of a surprise last year, there didn’t seem to be much build up leading to their release.

But it’s obvious that these products had some seriously thorough testing before they were made available.

Nude Alpha, while a fantastic product, did have a few minor drawbacks which I believe have been resolved with the gel.

Namely, that its not always possible to expose a particular woman for a long period of time to try and cause romantic attraction.

The gel solves that problem by hitting harder and faster, more deeply over time, and reducing the time it takes to induce fallout tremendously.

… At first, I was also a little concerned about its price point. $147 USD is not cheap by any means… but is Nude Alpha GEL worth the money?

If you are very interested in a specific woman, or are looking for a high quality woman in your life… then yes, NAG will be a fantastic addition to your arsenal.

It is simply a more powerful version of an already FANTASTIC product.

However, if you’re not in a hurry, then it would definitely make sense to just pick up the oil version before laying down a nice chunk of change for the gel…

Either way, both are excellent products and clear cut winners in the “romantic attraction” category.

If you are looking for your ideal woman, this is definitely something you should check out!

If you want women to pursue YOU, then its obvious that you need a hook... and that hook is Nude Alpha GEL - a potent "crush inducing" romance product that works on a wide range of women. Some of the most notable improvements over the original formula include being more "social" and inviting, rather than giving off the vibe that you are too high status to chill with "normal" people (which also has the side effect of being far more approachable to younger women in their 20's), hitting FASTER, and projecting a more "well rounded" signature as a standalone pheromone product.

Thank you for reading,

P.S. Remember, NA is a very powerful emotional type product that can cause severe jealousy, possessiveness, and a desire to be with you… using it irresponsibly and leading women on when you aren’t really interested can backfire very badly. NAG is a fantastic product for creating “crushy” feelings and emotional attachment towards the wearer, but use it wisely.

P.P.S Remember, Liquid Alchemy Labs offers an UNLIMITED time money back guarantee… and if you’re not happy with the product in any way, or you feel its just not for you, you can send it back for a full refund. No questions asked, no hassles, and no hoops to jump through. You probably won’t need it because most LAL products work fantastically for a lot of people, but it’s just for your “peace of mind”.

What are the best pheromones for men? Here is a list of the top 10 best pheromones for men I have used extensively over the last few years... Pheromone colognes and perfumes come in 4 major categories. Their purposes can range from being able to... Each product has been carefully tested … END_OF_DOCUMENT_TOKEN_TO_BE_REPLACED